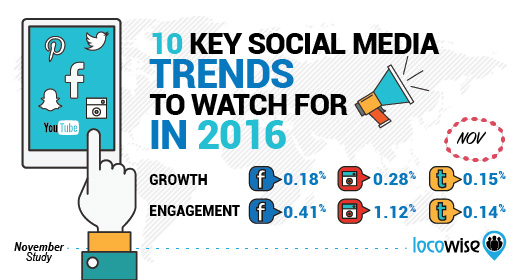 Social analytic and reporting firm Locowise released its Facebook and Instagram data for November, along with 10 predictions for 2016.